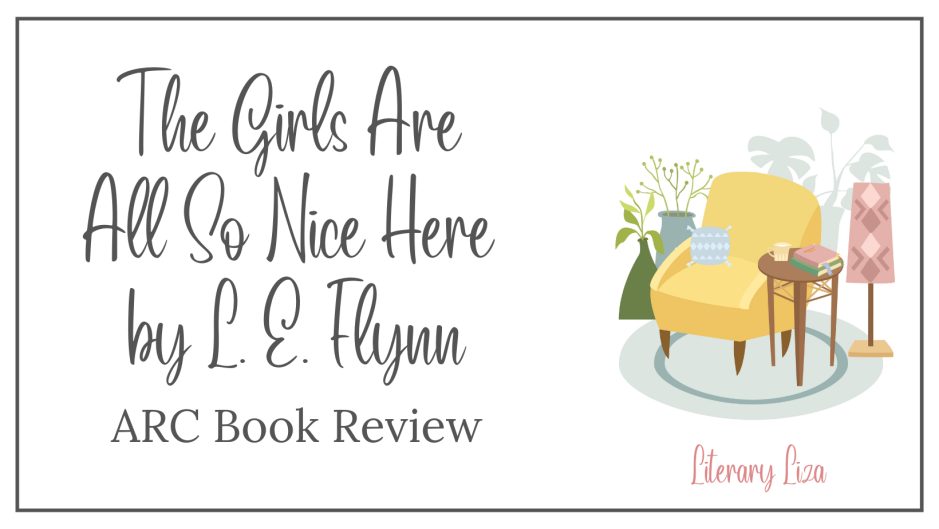 This is a spoiler-free review.

The Girls Are All So Nice Here by Laurie Elizabeth Flynn

Two former best friends return to their college reunion to find that they’re being circled by someone who wants revenge for what they did ten years before—and will stop at nothing to get it—in this shocking psychological thriller about ambition, toxic friendship, and deadly desire.

A lot has changed in the years since Ambrosia Wellington graduated from college, and she’s worked hard to create a new life for herself. But then an invitation to her ten-year reunion arrives in the mail, along with an anonymous note that reads “We need to talk about what we did that night.”

It seems that the secrets of Ambrosia’s past—and the people she thought she’d left there—aren’t as buried as she’d believed. Amb can’t stop fixating on what she did or who she did it with: larger-than-life Sloane “Sully” Sullivan, Amb’s former best friend, who could make anyone do anything.

At the reunion, Amb and Sully receive increasingly menacing messages, and it becomes clear that they’re being pursued by someone who wants more than just the truth of what happened that first semester. This person wants revenge for what they did and the damage they caused—the extent of which Amb is only now fully understanding. And it was all because of the game they played to get a boy who belonged to someone else, and the girl who paid the price.

Alternating between the reunion and Amb’s freshman year, The Girls Are All So Nice Here is a shocking novel about the brutal lengths girls can go to get what they think they’re owed, and what happens when the games we play in college become matters of life and death.

Thank you to the publisher, Simon & Schuster Canada, and NetGalley for providing me with an e-ARC of this book. All thoughts are my own.

“Amb” – Ambrosia Wellington – thinks the past ought to stay where it belongs, in the past. So when she receives an invite to her ten-year college reunion, the last thing she wants to do is attend. But when her husband finds the invitation and gets excited to go, she can’t exactly back out – not unless she admits why she isn’t keen on going.

And what she and her best friend at the time, Sully, did that first fateful semester at college. But that’s a secret Amb plans to take to her grave. The only problem? She’s been getting threatening notes from a mysterious someone who obviously knows more than Amb would like. And the consequences for her past actions? Well, they may finally be catching up with her.

“The girls are all so nice here, she gushed over the phone. Especially my roommate.”

I binge-read this book so fast! It was addictively dark, and so twisted!

The Girls Are All So Nice Here tells the story of Ambrosia Wellington, alternating between timelines of “then” – her first semester away at college, leading up to the deep dark secret that’s been haunting her ever since – and “now” as she is forced to face the people who were there for the first time after years of trying to bury everything that had to do with that fateful night and everything that came after.

This book is a psychological thriller with dark academia vibes and classic “mean girls” – where the main character herself is one of the worst ones. Then, after meeting and hitting it off with the enigmatic and enticing Sloane “Sully” Sullivan, Amb finds herself is Sully’s web of cruel intentions, where her most devious desires have the space to bloom. Now, after trying to ignore her past behaviour for the better part of a decade, Amb is forced to once more come face to face with Sully – and everything they did together.

Amb is such a great – and unique! – main character because she’s so utterly unlikeable. I really enjoyed how Flynn didn’t shy away from making her lead so irredeemable. Packed to the brim with suspense, it’s almost uncomfortable for you as the reader to have to watch Amb make her way further and further down this path of savagery – but also practically impossible to look away?

I loved that this story alternated between the “then” timeline and the “now” timeline, so all the events from Amb’s freshman year (where everything went down) were revealed to the reader right before or after you saw her have to deal with the repercussions. It also helped to tantalizingly drag out the anticipation, with the action readily ramping up across both timelines simultaneously, making it almost incapable of putting down before reaching the end and seeing where all the pieces fell once and for all.

Have you read The Girls Are All So Nice Here?

If so, what did you think of it?

2 thoughts on “The Girls Are All So Nice Here by Laurie Elizabeth Flynn: ARC Book Review” 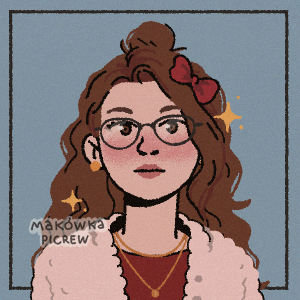 Hello and welcome to my blog, Literary Liza! I’m Liza (she/her), and this is my space to gush about my love for everything bookish. Expect everything from anticipated new-releases to old favourites. Thanks for stopping by!

What sort of props do you use in your bookstagram photos? 📸
Hello, friends! How has the month of May been treating you? It’s hard to believe it’s already half over! 😳
What’s the last book you finished? Was it a 5 star or a 1 star read? 🌟
Tell me a recent 5 star read for you! For me it was definitely The Falling in Love Montage by Ciara Smyth! 🎡❤️👭
Hey, everyone! Long time no post. 🙈 My life’s been a little busy, but I’ve still been trying to find time to read every once in a while. 💕 What books have you been reading lately?
☁️ GIVEAWAY ☁️
I couldn’t help myself... 🙈
Do you prefer to read backlist titles by an author before jumping on their new releases, or vise versa?
Today is my stop on TBR and Beyond’s tour for I Think I Love You by Auriane Desombre! 👭🎥💕 You can check out their website (www.tbrbeyondtours.com) to follow the rest of the tour schedule!